10 best places to travel in 2016 – according to Lonely Planet

Merging Brands Is A Solution For OTA’s Issues?

Jan 28, 2016
Brand consolidation is the wave of the future in the hotel industry in wake of the planned merger of big hotel lately. But that consolidation could take many forms; it is designed to combat online travel agencies, since big brands want people to book directly. That’s why, distribution challenges will continue to make large-scale mergers […]
114 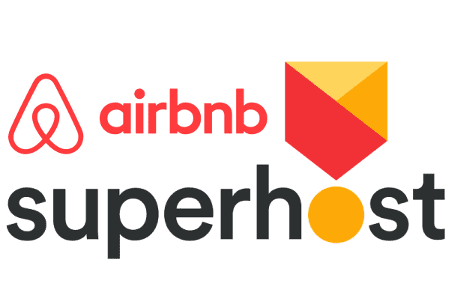 Airbnb Is Not Against The Hotels, It Is The New Distribution Channel.

Jan 13, 2016
Independent hotels which fit in the Airbnb ethos are very likely to go this route. With the distribution power of Airbnb, who can blame them? Hospitality analysts have been talking about the negative impact of Airbnb’s alternative solution of lodging to the hotel industry,but maybe they are missing the point. Airbnb is having an […]
115

Small And Flexible Hotels Have The Advantage To Apply Innovation And Engage Customers.

Jan 13, 2016
Small and flexible chains might are at the forefront of verifying and providing what guests and investors want on both sides of the reception desk, but will that dual savvy approach is scalable? The matter is nobody at Hospitality Market is building a rocket,we are selling sleep, but guests are demanding both a great […]
116

Jan 2, 2016
1. Mobile Dominates: Mobile has contributed over 94% of year-on-year growth in e-commerce traffic. On average, 21% of hotel bookings take place on Mobile devices. Make sure you’re ready for the future. 2. Content is the New SEO: With an average of 30-40% of a hotel’s revenue deriving from Organic traffic, having a content strategy that […]
117

Dec 28, 2015
1.Don’t forecast by channel. Unconstrained forecasting is the mathematical process of estimating how many rooms you would have sold if your property had unlimited inventory.  Doing this type of forecasting by channel reveals two things. First, it reveals the number of rooms to commit to online sales and second, the number to sell via […]
118

Millennials: Know Them Or Stop In Time!

Dec 18, 2015
In addition to travel more than any other generation, the generation of Millennials are doing so in a very particular way. Recent studies uncover the habits of these young people when traveling and point trends for tourism. To situate the representation of that public, in 2013 the generation born between 1982 and 2002 already represented […]
119

Dec 16, 2015
With the growing popularity of drones in video production, you can now capture angles and views from your property that could never be caught before. Renting a helicopter is an expensive venture, and then you will have to hire an editor to process all images. With the emergence of flying drones, the marketing in resorts […]
120

5 Ways To Increase Bookings During Offseason

Dec 14, 2015
Special offers When you are seeing a significant decrease in the number of tourists visiting your country and your competitors are all fighting over the same pool of hotel guests, it is time to take action. After all, it is better to temporarily lower your prices or offer some services for free than not […]